Health Care Reform: Thoughts from Miami, Washington and Beyond

One of the many highlights from this year’s bswift Idea Exchange, held May 2–5 at the Mandarin Oriental Hotel in Miami, was Aetna Chairman and CEO Mark T. Bertolini and Aetna Vice President and Head of Public Policy, Bonnie Washington, joining us to discuss recent movements on federal health care reform.

In fact, Washington addressed the crowd of nearly 300 bswift clients and channel partners only an hour before voting began to successfully pass the American Health Care Act. To learn more, check out this helpful comparison of the AHCA to current law.

The work has now begun in earnest in the Senate to craft a similar bill. Any differences might need to be reconciled by conference committee, or possibly through an altogether new bill that takes a fundamentally different direction. Recent news reports indicate that the Senate is unlikely to pass a substantially similar bill, which means that the House and Senate will need to reconcile the two bills before something could become law.

What to watch for

Most of the changes that the AHCA would bring affect the individual insurance market more than employer sponsored insurance, but here are a few key points employers should note:

A bumpy road ahead

Aetna Chairman and CEO, Mark Bertolini, gave the keynote speech at Idea Exchange. While he focused on member engagement and an inspiring vision of the future of healthcare, he also weighed in on health care reform. ”Obamacare should be fixed, not replaced,” Bertolini said, adding that a bipartisan solution is needed. He pointed out that no major social service legislation (Social Security, Medicare, Medicaid, CHIP, etc) has been passed on a party line vote until the Affordable Care Act, nor has any such major legislation gone so long (7 years so far) without changes or updates.

It has become abundantly clear that improvements are needed. We believe that a bipartisan solution is needed to make our healthcare system more stable, affordable, and help people achieve their personal health goals. Look for an upcoming outline of Aetna’s vision for healthcare reform, to be posted in the coming days. 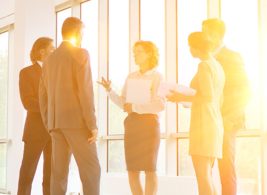 Tune into an industry expert panel, featuring speakers from across CVS Health that will share the latest insights.

Your Navigation Checklist – Simplifying the Healthcare and Benefits Maze

As you define your healthcare navigation strategy, use this checklist to ensure you have the key areas your employees may need support with all covered. 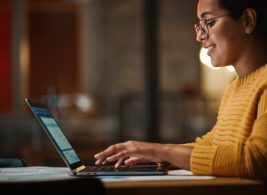 The Demand for Digital: Employee Experience in a Hybrid World

A quick guide to help keep your efforts employee-focused and ensure you are getting the most out of your technology investments.